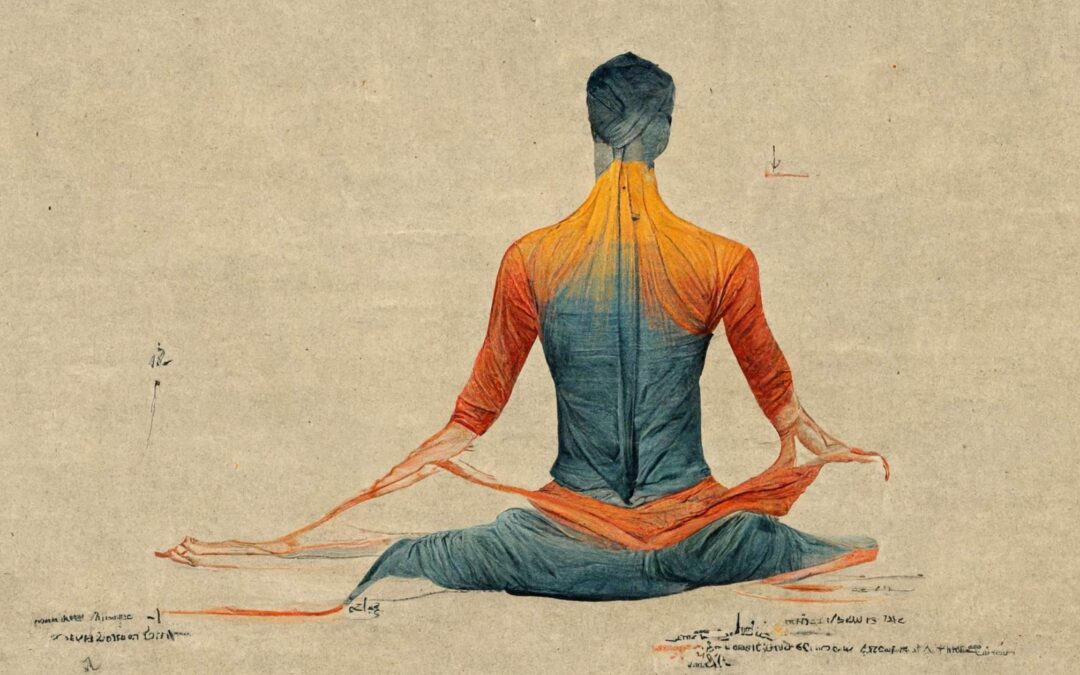 The first part of the Posture of Consciousness is performed with integrative intention and deliberate action. Usually, when postures are practiced only as a physical discipline, you are facing fears that hold you back, not the body. In this approach, you are focused on learning to withdraw from fear so that you are more fully in touch with physical inhibitions. This is the part of the integrative process that is carried out during the holding of the posture. You are learning how to constantly withdraw from reactive thinking. This allows you to withdraw from the fears that prevent you from functioning from the wisdom of the body. It disengages you from self-destructive habits and emotional patterns and connects you to pranic energy.

Every time you create a shift from conscious, extended holding in the first of the posture to complete letting go in the second half of the posture, you are celebrating the ecstasy of the deep release of energy. The in-between time is where you are working out body-mind reaction and converting it to responsive body-mind cocreation.
If you miss this second half of the posture, no matter how well you have performed your postures, you have gone only halfway. The practice of the Posture of Consciousness is an integrative process which begins with making it happen and ends in letting it happen.

Ordinarily, in the physical discipline of yoga postures, when you feel you have finished the posture, this is where the inner work of real yoga practice begins. Through the practice of the Integrative Amrit Methods, you are breaking down the barriers and the boundaries held on mental and emotional levels. This allows you to enter the most powerful therapeutic process that prana carries out.

In the first part of the Posture of Consciousness, you are shifting from the mental body to the intuitive body. Integrative intention does not engage into fight-or-flight interaction on the edge. Instead, it enters into co-creative body-mind interaction. This is when you have moved from an ego posture into a yoga posture.

The Posture of Consciousness frees you from the conditioned past and connects you to consciousness, where the intuitive mind functions optimally. This is a preparatory stage that naturally allows you to go into the second half of the pose, or the posture of surrender. The integrative process actively continues while you are engaged in the performance of the posture, while you are holding the posture, in transition, and when you drop into the unifying, ecstatic experience of Oneness.

Integrative intention, or witnessing interaction, must be in the beginning. It opens the door for progressive integration where you enter the Oneness experience. This is when even the witness disappears. You are no longer in ‘doing’ meditation. You have entered meditation.

The entire practice of the Integrative Amrit Methods supports you in becoming an undivided whole. As you become integrated on the yoga mat, your interactions within your love life, family life, work life, and social life also become integrative. This means that as the conflicts within disappear, the conflicts that are mirrored no matter where you go, what you do, or who you are with disappear. Wherever you go, there you are.

In the practice of the Posture of Consciousness, you enter a deliberate, willful yoga practice combined with integrative intention. When you witness, you withdraw your mind from its domination over prana. Witnessing releases energy hijacked and trapped in the unconscious past. This process takes you into the co-creative subconscious, below the ego mind. The witness that observes beyond the ego mind turns the instinctive wisdom of the body into the intuitive, transformative powers of Being.

I AM Yoga is also called Meditation in Motion, just as Patanjali suggests in his second sutra. He says, “Yoga means witnessing the modifications of mind.” The witness creates a paradigm shift from the mind that operates in conflict-creating duality in its interaction with the body to co-creative interaction between body and mind.

This is the shift from reactive choice to nonreactive, choiceless, integrative awareness. It’s not a passive state. It means doors to new options open that were closed by preprogrammed, reactive choices. ‘Choiceless’ means we have eliminated the limitations of the preprogrammed, conditioned past. When you withdraw from the reactive emotional perceiver in you, your choice emerges from the intuitive mind, which has no past or future.

Reactive choices come from distorted memories of reality that are held in the unconscious past. The past holds self-destructive habits and compulsive behavior patterns. When you replace it with choiceless awareness, it allows you to create a shift from thinking to feeling, from mind to the body, from mind dominating prana to prana acting independent of the limitations of the mind.

Once you learn how to release the mind’s control over the body, blocked energy is spontaneously released. The body’s innate energetic impulses that are usually dormant become activated. The body’s natural wisdom responds to its own intuitive impulses and insights without having prior knowledge. Now, you have dropped from your conditioned past into the time-transcendent Being that I AM within.

As you progressively let go of the effort and struggle of applying a mentally acquired technique in your yoga practice, you naturally allow the creative spirit to manifest its miraculous healing and transformative powers. Energy begins to function optimally in your body. Popularly, we call this a cathartic process. This is not mentally induced but rather activated by soul consciousness.

Once you know the secrets of connecting to prana, you do not have to do the Raja yoga practices of concentration and meditation separately. They happen simultaneously. Why? Because the physical, mental, and intuitive bodies are all energetically connected. Connecting to prana connects you to all levels of your body and being. As a result, when your practice is energetically connected, you begin to function in harmonious co-creative interaction among what you are thinking, feeling, doing, and being.